This post is part of the ‘Charlotte E English as ‘Featured Author’ for an entire week!’ extravaganza. As part of this, we have two other posts at the participating bloggers. So, go ahead and check them out as well!

I got my first e-reader in October of 2010, a Kindle. It looks a little clunky compared with the latest generation – it’s got the big keyboard on it and seems relatively huge. But I’m used to the weight and the feel of it by now.

I’ve always wanted to be an author, but when I first got that Kindle I wasn’t yet thinking about publishing my own fiction. Nor was publishing the first thing that I thought about when I began finding, buying and reading self-published books. As a reader,self-published ebooks were the most exciting thing that had happened in my literary world since… well, since I discovered books at the age of eight.

The new Self Publishing Phenomenon

Why might that be? It isn’t as though I’d lacked reading material before that. Year after year, far more books are published in paperback than it’s possible for a single person to read in a lifetime. What excited me so much was the potential for literature to break out of certain fixed patterns.

I read a lot of different genres, though one of my enduring favourites is fantasy (no surprise there, right?). I’ve found a lot of great fantasy books that have come out of publishing houses in recent years. I’ve also slogged through an awful lot of same-old, however. You know the drill. Such-and-such was a huge hit, so about a million books that are similar in some way proceed to hit the market over the next few years. Most of the books that get published are novels of a certain length; shorter works don’t get much attention. The same plots, character types and worlds come up over and over again. It makes sense from the publisher perspective: these are the formulas that sell best, so they keep being used.

As a reader, though, it starts to feel like reading essentially the same stories, over and over. It gets harder to find books that are doing something unusual with the genre, because publishing those books is more of a risk. It’s almost like eating pizza for dinner five or six days out of every seven. I like pizza, but not that much.

Confessions of a Gourmand

and Smashwords. The first book I bought for my Kindle (after I’d loaded it up with free classics) was a fantasy book called Confessions of a Gourmand

. I didn’t know it was self-published at the time; I hadn’t yet realised that authors could upload directly to Amazon. I just thought it looked interesting.

And it was. Most of the usual fantasy tropes were nowhere in sight. Our hero was an aspiring chef, with a voracious appetite for experience – edible or otherwise. We travelled the world with Van, not so much fighting monsters as sampling them. It was the most original piece of fantasy I’d read in ages.

Since then I’ve discovered loads of great self-published authors, across several different genres. And it feels like having something different for dinner again, every day of the week. I don’t mean to say that there isn’t formulaic work in the indie book world, too; of course there is. But there are a lot more examples of really imaginative, unique books that might never have seen the light of day if not for self-publishing.

And it’s not only about greater variety in our fiction, though that’s hugely important. Indie fiction is more flexible in every way.

Length, for example. Short novels, novellas and short stories are rising in popularity again. It’s no longer necessary to try to force a story into a format that might have a shot at a publishing contract; if it works best as a novella, the author can make that choice. Those of us who like shorter works are suddenly all but swimming in options.

Timetable, too. Titles are released faster than ever. Once the story is done it’s published, and that’s that. No more waiting 18 months or more for the next book in a series to come out. Most writers produce fiction quite a bit faster than that, and as readers we don’t have to wait around while those books crawl through the slow publishing house system.

I should mention price, too. Independent authors can charge much less for a book than a publishing house, while still making more per book than they would under contract. For readers, that means we get a lot more fiction for our money and therefore get to do a lot more reading. Everyone’s happy.

It’s true that self-publishing still has a bad reputation in some circles. The quality isn’t always high, so it’s easy to believe that it’s always low. That’s not true, though. It’s as possible to be a professional, careful author in self-publishing as it is in traditional publishing. By opening up to self-published books, we’re getting access to all those quirky, unusual, unique books that may or may not have ever made it through the publishing system. And personally, I think it’s wonderful. Long may it continue!

AUTHOR CHARLOTTE E. ENGLISH, IN HER OWN WORDS 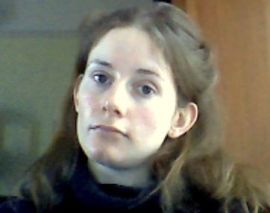 I’m an independent fantasy author, born in England but now resident in the Netherlands. I live out here with my partner and two cats (every author has at least one cat, right? It’s nice to fit in). I’ve loved reading since I was a young child. In fact, it’s fair to say that I spent most of my teenage years living in books. When a person spends that much time dreaming in text, taking up writing is the only logical onward step. I like to write fantasy fiction because it gives me all the scope I could want to exercise my powerful (and overindulged) imagination. I have plans to write some historical fiction someday, but for now that can wait.

The Draykon books are my first fantasy series. The third book is coming out soon, which means I’m a bundle of mingled excitement and nerves right now (not that unusual). My next project is a steampunk adventure with a bit of intrigue and at least a little bit of romance.

You can find Charlotte here:

13 responses to “How Indie is Changing Reading by Charlotte E. English”