This post is part of the ‘Charlotte E English as ‘Featured Author’ for an entire week!’ extravaganza. As part of this, we have two other posts at the participating bloggers. So, go ahead and check them out as well!

I got my first e-reader in October of 2010, a Kindle. It looks a little clunky compared with the latest generation – it’s got the big keyboard on it and seems relatively huge. But I’m used to the weight and the feel of it by now.

I’ve always wanted to be an author, but when I first got that Kindle I wasn’t yet thinking about publishing my own fiction. Nor was publishing the first thing that I thought about when I began finding, buying and reading self-published books. As a reader,self-published ebooks were the most exciting thing that had happened in my literary world since… well, since I discovered books at the age of eight.

The new Self Publishing Phenomenon

Why might that be? It isn’t as though I’d lacked reading material before that. Year after year, far more books are published in paperback than it’s possible for a single person to read in a lifetime. What excited me so much was the potential for literature to break out of certain fixed patterns.

I read a lot of different genres, though one of my enduring favourites is fantasy (no surprise there, right?). I’ve found a lot of great fantasy books that have come out of publishing houses in recent years. I’ve also slogged through an awful lot of same-old, however. You know the drill. Such-and-such was a huge hit, so about a million books that are similar in some way proceed to hit the market over the next few years. Most of the books that get published are novels of a certain length; shorter works don’t get much attention. The same plots, character types and worlds come up over and over again. It makes sense from the publisher perspective: these are the formulas that sell best, so they keep being used.

END_OF_DOCUMENT_TOKEN_TO_BE_REPLACED

Fitting My History Research into My Science Fiction by Robert Collins

into My Science Fiction

I write science fiction and fantasy. I also write nonfiction books about Kansas history. These two tracks of my writing career are separate. Occasionally I use what I research for my nonfiction in my fiction.

Take my second published novel, “Lisa’s Way.” The story is about a young woman trying to rebuild an interstellar society after an event called “The Savage Rain” isolated her world. Originally the story was set on Earth. Lisa and her friends had adventures, but there was no method to them.

In the early 1990s I published a series of travel booklets. The booklets covered the things to see and do in various counties around where I live. They also had brief histories of the towns in those counties.

A couple of those counties were along the Santa Fé Trail. The Santa Fé Trail was a commerce route, not a route settlers used. It connected the frontier of the United States with northern Mexico. After the Mexican War it became an important link between the Pacific Coast and the U.S. until the transcontinental railroad was completed.

END_OF_DOCUMENT_TOKEN_TO_BE_REPLACED

What’s in a Creature?

Three years ago, when I started actively working on the first book in The Gateway Chronicles, The Six, it came into my mind that if I was going to write a successful fantasy series, I had to create at least one new fantasy creature. I felt this was also a big gamble, as it could either read well and people would like it, or it would read cheesy and be the downfall of my books. You might immediately ask yourself, “Why does this matter?” but think about some of the most successful fantasy stories out there. The Lord of the Rings has its hobbits and wargs, The Chronicles of Narnia its marshwiggles and dufflepuds, and Harry Potter its house elves and dementors (just to name a few). Even The Hunger Games, which is not technically fantasy, has its mutations and mockingjays. Creating new creatures helps “people” (no pun intended) a new realm, and not only makes it more enjoyable for the readers (as they discover something new), but also helps them suspend disbelief (crucial for any fantasy / scifi / dystopian / paranormal story). So, while certain stock creatures should also be used —fairies, gnomes, nymphs, etc. depending on the subgenre—new creatures are, I believe, of crucial importance.

I’ve created a few new creatures for The Six, but the one that took the most careful planning was the nark. At the camp on which the stories are based, there is a saying that if you stay out too late, the “night narks will come and get you.” I never knew what these “night narks” were supposed to be, but as I sat down to plan The Six, that was the term that immediately popped into my mind for a new creature. But then, I reasoned, if there are night narks, there must also be day narks, and what’s going to be the difference between the two? And what are they in the first place? I’m also a teacher, and we often say that in teaching, we should start with what is known and move to the unknown. In that, I decided to, at their base, make the narks a sub-type of creature that is already known—elves. And not Keebler elves, but Tolkienesque elves. In that sense, they are human in form but with large pointy ears and tend to be exceptional at performing various tasks. From there, I moved into the unknown. I decided that night narks and day narks were to be two sides of the same coin—or two different personas inhabiting one body. Night narks are awake at night and day narks are awake during the day, and they share information between the two personas in the transition between day and night. Their physical appearance, also, lightens and darkens between day and night. Now, there is much, much more that I could go on to tell you about the narks, but it would be far too exhaustive for a simple guest post, and then you would have nothing to discover for yourselves about them if you are to read my books! All I will say, however, in wrapping this up, is that my gamble seems to have paid off. Of all the elements in my books, the narks were what I was most nervous about, but they have also received the highest praise and the most remarkable comments from those people who have already read The Six. “The narks are awesome!” and “How did you come up with that?” are comments I’ve received over and over. This has only firmed up my belief that the creation of new creatures in a fantasy story is not only highly important for the successful creation of a new realm, but also highly enjoyable for the reader.

END_OF_DOCUMENT_TOKEN_TO_BE_REPLACED

Recently, my husband and I rented “The Social Network.”  One of the things that struck me about the movie was the role Shawn Fanning (of Napster fame) played in the establishment of Facebook as the social networking tool.  Then it hit me—Amazon has done for books what Napster did for music.  Napster turned music on its ear (ha ha), pun intended.  Then Apple ran with the idea and gave the music industry a choice:  You can die or change.   No longer do we buy albums, we buy songs we like—all the songs we like for just a little over a dollar.

END_OF_DOCUMENT_TOKEN_TO_BE_REPLACED

Piece by Piece, Step by Step – by Pavarti K Tyler

My novel Two Moons of Sera

is being released as a serial novel.  This is a very old approach to publishing that I’m gambling will make the experience of reading 2MOS more engaging, dynamic and fun.

In the 1800s, most popular fiction was released in serial format, either individually or as part of a magazine.  Even Charles Dickens released a number of his novels this way and more recently Steven King published The Plant as a serial.  The reasons for this vary from economic to cultural.  However, publishing in this manner meant two things: 1 – The reader had to wait between sections and 2 – The author had to write in a manner that would make the reader want more.

Arabian Nights is based around the idea of a serial novel.  For 1001 nights Scheherazade entertained King Shahriyar by telling him stories.  When the story ended, she was sure to be executed.  By continuing the story and ending each night with a cliff hanger she managed to keep him enthralled and willing to extend her life for just one more night.

Quite a bit of talent that would take, to tell an engaging story that ends in just the right place to make you want more!

Some may think this publishing style is a scheme to make more money, making readers pay for each new section.  For me, this has nothing to do with it.  The final ebook will be $4.99.  However, if you purchase it now it is only $0.99.  You will have to wait for each update but the rest of the book will be yours to download completely free of charge.

My reasoning for doing this is so that early readers of Two Moons of Sera are rewarded for going on this adventure with me.  As each volume is added the price will increase, mean that those who come to the story later won’t get the same great price and experience as those who buy it now.

It is my hope that by releasing Two Moons of Sera in this manner the reader will be able to engage and lose themselves in the story: live in and experience it more fully.  I for one am likely to devour a book.  I read the entire Twilight Saga in one week.  That’s an astronomical number of pages.  But what happens is you miss details and forget plots, all in the interest of consuming the story.

While I hope that you love 2MOS so much you want to read it all at once, I also want to invite you to review, comment, twitter or email about it.  Join me in the Super Secret 2MOS Insiders Fan Page (you can only get in by following the link at the end of the ebook so grab a copy and join the fun).

Two Moons of Sera is a special book, it’s a journey that I’m thrilled to have you accompany me on.  I hope that by releasing Part I now and Part II in January and so on, we will have the chance to experience the characters and plots deeply and together. 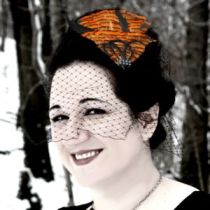 Pavarti K Tyler is an artist, wife, mother and number-cruncher who has been committed to causing trouble since her first moment on this Earth. Her eclectic career has flirted with Broadway, Teaching, Law Firms and the IRS.

You can find Pavarti on Amazon