Interview with Chela Prizeon from When Copper Suns Fall

Today I have a very special guest with me. I have Chela Prizeon, who is from a different would than ours. This is a world created by KaSonndra Leigh, in her book When Copper Suns Fall. If you were wondering who that is, read on!

My name is Chela Prizeon. I’m fifteen-years-old and I live in Castle Hayne, the official name for Hill Borough #1. I have a twin brother, Micah, and two best friends, Jalen and Alexa. We call ourselves the Bermuda Three. Why? Alexa explained it best: tick one of us off, and the other two will make you disappear. I live 55 years into the future. My life is…strange. The government decides who we date, who we kiss. Eventually, they’ll decide who I’ll marry too. My brother is in a coma. He has been that way for almost a year. I will find out what really happened to him. I know the fallen ones had something to do with it. And I intend to find out why.

from When Copper Suns Fall

Welcome Chela. For those readers who are not familiar with your story, can you give us a little background about yourself?

Thank you, Ritesh. I’m so excited to be here. And I love your name, btw. It’s so cool. Okay, now the background stuff. Well, um I’m fifteen. But I’ll turn sixteen on October 21st. I’m pretty average, I guess. I have two best best friends: a girl named Lexa and a guy named Jalen. We call ourselves the Bermuda Threes. I go to a third-tier school called Ashley George. It’s kind of like what you would call high school. But I won’t get the chance to go this year because I’ve been assigned to Minders Camp.  That’s where kids who get carded for misbehaving go. Kind of like detention, I guess.  But I’ll talk about that in a bit. I live with my father, stepmother, and her daughter, Audrina. I have a twin brother, too. But…well, he’s sick. So he hasn’t been with us for over a year now. He has a virus that doesn’t usually affect people in Castle Hayne. Only outcasts usually get sick, the people that live  in the Dim Cities outside the Great Wall.

What is it like growing up in Castle Hayne? What do you like most and least about the city?

Castle Hayne is probably the strangest city you’ll ever travel to. There are no birds. The beaches are covered in soot. The oceans have a dark red tint to the water. The clouds are mostly gray all the time. Our governing body, the Tribunal, has these robotic spies that look like crows. They’re always watching, waiting to see us screw up, I guess. There’s a 50-foot fence that surrounds the city. We call it the Great Wall. Every day and night I have to take this medicine to help keep my immune system strong enough to fight off viruses. They’re called ale-meds. I hate that medicine. Micah hated taking it too. And now we know why, don’t we?

My house is a restored plantation called Cornice. It’s outside the city limits. Mostly gardens and forests surround it. That’s what I love most about my life, the gardens that my mother used to take care of. And there’s a cemetery in the backyard. For years, Micah and I played around it. We pretended to be guardians of the monster gate. And then one day we got inside it. But now you know what’s really behind the gate, don’t you?

The Tribunal, the governing body, assigns kids to different tasks once they are 15. How many different classes are there and what are their specialties?

In Castle Hayne, kids have jobs. Yes, that’s right. We work. It’s a way the Tribunal makes sure we can contribute to society when we turn eighteen.  We have to earn our keep, be the model citizens. You see, there’s people that live outside the Great Wall surrounding our city. They don’t have special gifts like those of us who live inside the city. Most of them are infected, dying, mutilated. Those of us living inside the Great Wall have gifts. Or either we live with someone in the family who has a gift. There are five classes that match the five types of gifts: Trackers, Healers, Thoughtmasters, Illusionists, and Historians like my father. Common names for those groups are: ground soldiers, doctors, physical trainers, magicians, and teachers. Most of us are born with a gene enhanced by radiation. It has been passed down throughout the decades since the Tidal Years ended fifty-five years ago. By 16, we usually know which gene we’ve inherited. And then we’re recommended to the appropriate leader of each class.

Your city is rich in history and traditions such as the Falling Lights Festival.  I found Costing Week to be the most intriguing and the most dangerous. Can you explain to our readers what it is and why it is so important?

Yeah sure. Costing week is a time when families from all eight of Corunum’s Hill Boroughs come to have a chance to be entered into a lottery. Good deeds mean more points, more chances to win extra food, medicine, traveling privileges, protection from the Beast, you name it. You can earn five slots, or five entries. On the fifth day, names are drawn and the winners of the various prizes are identified. For kids outside the city, it means competing in a brutal competition for one slot on their scorecard. They get one chance to change their lives by winning citizenship in Castle Hayne. The first day of costing week always begins with a showdown between Castle Hayne’s champion and his/her challenger. So, you know this year’s challenger was me. I’m glad it’s over. But at the same time, I’m glad it happened too.

Now that we have the background questions out of the way, let’s talk boys.

Seth and Faris, night and day. Tell me how you could even decide?

Well, um, hm. They are the poster boys for opposites, right? Until my brother got sick, I never thought I’d care about anyone, least of all another guy. With my other half being gone, my twin brother, Micah, I felt like only part of me had been living.  Enter Faris, the guy who appeals to my hopeful side, my girl-in-floppy-stomach-love side. And then there’s Seth, the guy who I never saw coming. The one who makes me feel powerful. But in the end, I know I’ll make the right decision. I hope I make the right decision.

What is it like to be bonded with Faris?

In a few letters…asdfghkl!!!  No, but seriously, I don’t want to go all puppy-girl in the interview here. The bond thing is amazing. It’s incredible to be tied with someone who can understand how I feel inside without me saying a word. Someone odd like me. Someone who can protect me from this storm called life.

I had a sneaking suspicion that your BFF, Jalen, wanted to be more than just friends. Could you ever see yourself falling for him?

Jalen is like a big brother to me. I know, I know. I hear you saying that’s what all girls say about the good guy hiding his huge crush. Things are already pretty complicated as you know. I think it would ruin our friendship if we tried to go there. Only time will tell. And time is like a ferris wheel. You never know where it’ll stop or which couple will get to hop off first.

Why did you decide to take Jalen to your secret spot you shared with Faris?

Well, partly because he kind of already knew about it. But mostly because I didn’t want to go back there alone. I had to go back, though. To remember that what I saw was real. And I wanted somebody I cared about to share it with me. It couldn’t be Micah, so it had to be Jalen.

If you can, can you give us a tiny hint about what adventures and/or trouble you will be getting into in the next book? Will there still be a steamy…man triangle?

Sure, I can give you a few hints. What’s even better? You’ll get the chance to hear from Faris more often. I’ll be anxious to make up for lost time with my brother. He’s still recovering, but the doctors think he’ll be fine once he gets his strength back up. I can tell you all one exciting thing, though. I will be traveling to Cairona in what used to be old Egypt. I get to learn more about my mother’s history. But we have to be careful. The Tribunal suspects something is odd about me, and they don’t trust Micah’s sudden recovery. They think there has to be something supernatural going on with us. A very bad thing. That’s going to be a huge problem in book 2. As for the steamy triangle, or maybe even quadrangle…lol, you’ll have to come see for yourself. 😀

Lastly, what side do you think you will chose? Or are you any closer to making a decision?

I don’t know. It’s hard to say. I know that probably sounds awful, but I’m just being real. I have this power now. It’ll get stronger by the time I turn 16. I get scared when it happens. Not because I’m afraid of it, but because I like how it makes me feel. I hear there’s a powerful priestess in Cairona. I’ll be going to see her. I guess I’m a bit confused.

Thank you Chela for stopping by. It was great talking with you!

About When Copper Suns Fall

In fifteen-year-old Chela Prizeon’s city, alchemy is forbidden and angels hide among the mortal. With a deadly virus ravaging the globe, Chela’s nightmarish memories compels her to experience a past riddled with gloom, and now her brother is infected.

Chela’s only hope is the Caduceans, slayers sworn to protect the last seven Light Keepers and the ancient memories they share. A group led by the sometimes elusive, sometimes infuriating boy who intrigues Chela. But can she trust this boy with the

mysterious past, someone who can influence her memories? With the Caduceans aid, Chela races to defeat her rivals, to unearth dark family secrets, desperate to find a cure…only to discover the glutovirus is far more than a simple disease.
.
In this haunting debut, KaSonndra Leigh offers an escape into a world as intriguing as The Mortal Instruments and a story as chilling as Enclave. Full of celestial creatures, fascinating villainy, high-stake choices, and a secret romance, When Copper Suns Fall, is a fresh and original urban fantasy—with a dystopian twist—that will take readers on an unforgettable adventure.
. 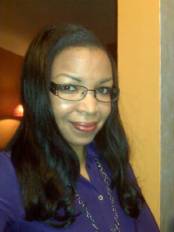 She holds the MFA in creative writing, and loves to play CLUE, Monopoly (the Indiana Jones version), and Pandora’s Box (good writer’s block therapy). She lives in an L-shaped house with a garden dedicated to her grandmother. It has a secret library complete with fairies, Venetian plastered walls, and a desk made out of clear blue glass.

You can find KaSonndra here: